Written Exam is scheduled on 19.08.2018 is postponed due to heavy rain in certain parts of the state. Next date will be intimated shortly.

Karnataka State Police (KSP) department was established in the year of 1965 and it works to protect the law and order in the state. The department annually offers employment for the suitable aspirants in various posts. KSP hires the suitable persons by conducting various rounds of tests such as written test, endurance test, and physical standards test rounds. Candidates need to qualify in all these tests to get the final posting. This year the KSP has advertised 395 civil police constable posts. Candidates desirous to become the constable in the state have applied for the announced posts during the application dates. The department is soon going to organize the examination for applied candidates. Hence aspirants can download Karnataka Police Constable admit card 2018 to attend the test. Hall ticket verification will be done at the examination center. All the hopefuls must carry the admit cards without fail. 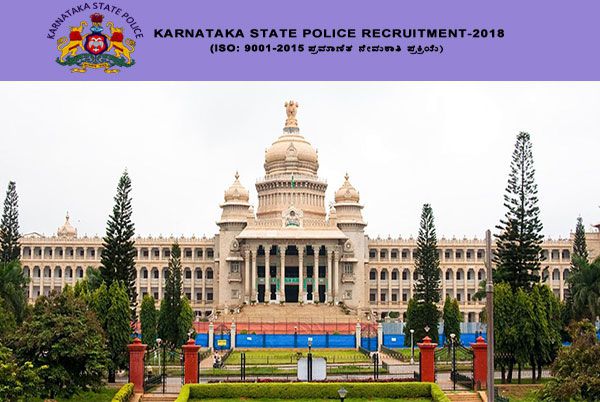 All the hopefuls competing for the KSP Civil Police Constable posts can download the hall ticket from the official portal, rec18.ksp-online.in. The Karnataka Police Department will release the hall tickets before 10 days of the examination (tentatively). After downloading the hall ticket on the prescribed date, once check the details of examination venue, date and time of the examination details from the admit card. Also, check the details of name, date of birth, register/hall ticket number, father’s/mother’s name, signature, photograph and other details printed on it. Contact the KSP authorities for any help required for spelling corrections or any other issues regarding the exam. While one thing the aspirants must remember is to carry the hall ticket without forgetting when appearing for the examination. Applicants also have to carry any valid identity proof copy such as Aadhar Card/Voter ID/Driving Licence or any others along with the admit cards. Candidate’s identity checking will be done with the examination officers before allowing him/her to the examination.