MPSOS 12th Class Result Dec 2018: Madhya Pradesh State Open School (MPSOS) has conducted the class 12th exams in November and December months in 2018. More than 70 thousand aspirants have given the 12th class examination in various streams. The class 11th and class 12th examinations conducted for science, arts, and maths streams. Aspirants who had appeared for class 11th, 12th exams and waiting for the MPSOS results can check the latest updates from the official website, mpsos.nic.in. As per the updates from the sources, the MPSOS 12th result for December exams will be released shortly. Hence the aspirants who had appeared for MPSOS 12th exams can stay checking the website on a frequent basis. Students can check the result, marks obtained in all the subjects, and grade. 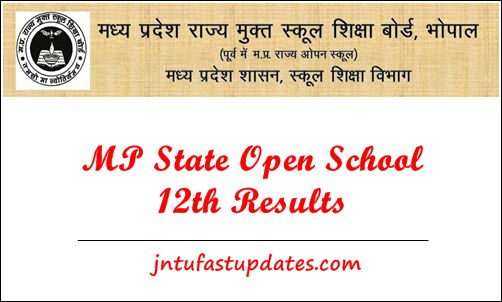 Madhya Pradesh State Open School (MPSOS) is the open school of Madhya Pradesh that works hard for the development of education in the state. A huge number of hopefuls interested in seeking the distance education gains education from this school. The MPSOS annually organizes academic examinations for the students in the months of April/May. The MPSOS has recently organized the rukh Jana Nahi examinations for students who fail in their 10th and 12th academic examinations. Nearly 79 thousand students had taken the rukh Jana Nahi examinations in the state of Madhya Pradesh. Aspirants those have attempted the MPSOS 10th and 12th exams can check their results from the official website, mpsos.nic.in.