Staff Selection Commission (SSC) annually conducts various examinations for aspirants such as CGL, CGL, and CHSL. Candidates seeking central government jobs can apply for SSC jobs. The selection of candidates will be strictly made by written test tier 1 (CBT), tier 2 (CBT), tier 3 (Descriptive-Pen Paper-based), and tier 4 rounds. Candidates qualifying in each round will be finally gets selected for various central government jobs. This year the SSC has announced Combined Graduate Level (CGL) Notification for aspirants waiting for SSC jobs. A huge number of hopefuls have applied for the SSC CGL posts this year. Aspirants competing for SSC CGL posts can check the SSC portal, ssc.nic.in to check the updates. 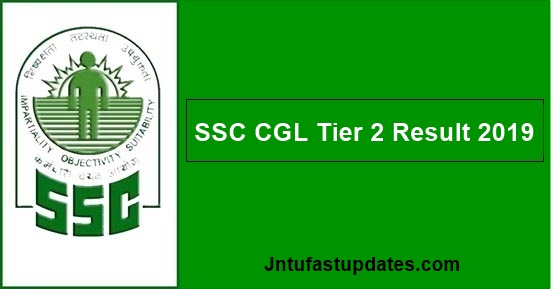 Merit list of qualified candidates will be released along with the result. Candidates appeared for Tier 2 examination can check their result from the official website of SSC, ssc.nic.in. The competitors who cleared the examination with requisite cutoff marks will be moved to the next round, Tier 3 examination. Candidates can download the SSC CGL Tier II merit list 2019 on 25th October 2019 at the time of the result announcement.