SSC CHSL tier 1 Result 2021, Score Card, Merit List & Cutoff Marks for All Regions : The Staff Selection Commission has conducted the Combined Higher Secondary (10+2) Level Examination (Tier-I), 2021 from 12th to 26th April and for left over candidates 4th to 12th august 2021. Around 20+ lakh candidates has been registered and — Candidates appeared in the Examination. The exam is conducted to select the candidates for lower division clerk (LDC), data entry operator (DEO) and postal assistant and sorting assistant (PA/SA) posts. As the exam was completed successfully now all the candidates have been anxiously waiting for their results release. SSC has officially announced that it will be releasing the results of SSC CHSL tier 1 exam that was conducted in 2021 expected to release in September. 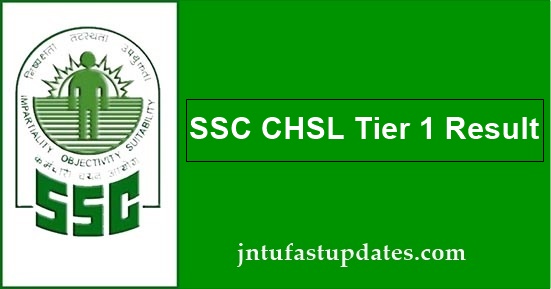 SSC is a state authorized agency that conducts exams to fill in the vacant posts in various government departments with merit candidates from the exam. It recruits staff to fill in vacancies in various departments of the country. Like every year this year too SSC has organized CHSL (10+2) exam for the aspirants to fill in the vacancies in LDC, DEO, PA/SA posts. Staff Selection Commission (SSC) has organized Combined Higher Secondary Level (CHSL) exam in the months of November/December last year. Due to some reasons the results release was delayed and finally the SSC is all set to release the results on 12th September.

Staff Selection Commission conducted the Combined Higher Secondary (10+2) (Tier-I) Examination, 2021 in the Computer Based Mode for Recruitment of Postal Assistants/Sorting Assistants, Data Entry Operators and Lower Divisional Clerks at various centres all over the country. Based on marks scored in Tier-I Computer Based Examination candidates have been shortlisted, Category-wise to appear for Tier-II (Descriptive Paper). Separate cut-offs have been fixed for the posts of DEO other than C&AG (List-I), DEO in C&AG (List-II) and LDC/JSA and PA/SA (List-III).

We have listed out easy steps on how to check SSC CHSL results 2021. Check them out!

For OC, SC, ST, OBC etc separate cutoff marks will be released along with the result.

How can we check SSC CHSL Result for LDC DEO 10+2?