SSC JE Result 2019: Staff Selection Commission (SSC) has successfully conducted the Junior Engineer (JE) examination on 23rd to 27th September 2019. The SSC has conducted the JE (Computer Based Test) for paper I. A large number of contenders have appeared for the Junior Engineer written test this year. The written test round has been conducted in a large number of examination centers across the nation.

Lakhs of eligible aspirants have competed for the Junior Engineer posts, which are announced by the SSC. Candidates competed for the SSC Jr Engineer Examination can download SSC JE Answer Key from the official website, ssc.nic.in. SSC released the answer keys for all the exams (23rd to 27th September) and all the sets (A, B, C, D). Aspirants competed for the SSC JE Paper I can check the answers from the relevant date, set to estimate the score by tallying with the attempted answers. Candidates can check whether they can get the qualifying marks or not by comparing them with the answer keys. Aspirants who had already checked with the answer keys can wait for the result. Soon, the SSC is going to announce the result date. Competitors can keep checking the official portal to check the updates regarding the JE Result. 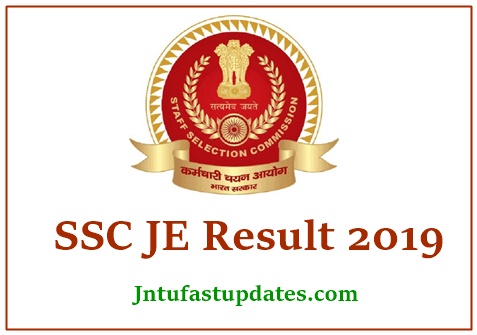 SSC conducted the Junior Engineer examination in the month of September on various dates. A large number of candidates have clashed for the SSC JE Paper I CBT Examination this year. All the candidates expecting for SSC JE result can wait for a few more days to check the result. The staff selection commission is expected to release the JE Paper I Result in the month of November [tentatively]. As soon as the result announced, candidates can visit the official website, ssc.nic.in to download the result. SSC JE result, cutoff marks, and merit list will be announced by the organization.