SSC MTS Tier 1 Result 2019: Staff Selection Commission (SSC) organized the Multitasking Staff (Non-Technical) examination from 2nd August to 6th August. The written test has been conducted for Group ‘C’ Non-Gazetted and Non-Ministerial posts. A large number of aspirants seeking to get Staff Selection Commission posts have competed for the MTS Tier I examination as per the scheduled dates.

The examination has been conducted in a large number of examination centers across the nation. SSC MTS answer key 2019 was released by the organization within a few days after the examination. All the competitors who have competed for the SSC MTS examination can download SSC MTS answer key 2019 from the official website, ssc.nic.in and compare with the attempted set to estimate the score. The competitors waiting for SSC MTS Tier 1 results 2019 can now download SSC MTS Phase 1 results, cutoff marks, and merit list from the official portal, ssc.nic.in. The SSC is going to release the results in 2nd week September (tentatively) its official portal. All the competitors can get ready to check the SSC MTS Tier I Result 2019. 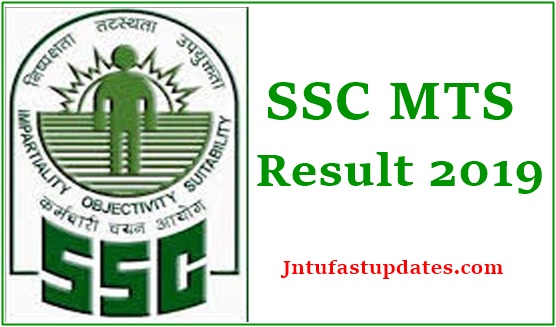 Staff Selection Commission (SSC) is the central government organization that releases various recruitment notifications every year. It is the central government authority controlled by the Government of India. Recently, the SSC rolled out a notification F.No.3/3/2019-P&P-I (Vol-I) for Group C Non-Gazetted and Non-Ministerial Posts. The vacancies include Multitasking Staff (Non-Technical) jobs. Many of the hopefuls waited for the SSC MTS notification have applied for the announced posts soon after the notification released. The organization is going to scrutinize suitable candidates by conducting the written test (Tier I, Tier II) and interview rounds. Candidates qualifying all these rounds will be finally shortlisted for SSC MTS posts for various regions across India.

All the aspirants competed for SSC MTS Tier I examination can expect the result in 2nd week of September [tentatively]. The organization will release the result within 3 to 4 weeks after the examinations usually. Hence the hopefuls can wait to check the result. Soon, the SSC will announce the result date on its official website, ssc.nic.in.

2. Representations received from the candidates regarding Tentative Answer Keys were carefully examined and Answer Keys were suitably modified, wherever required, and finalized thereafter. The final Answer Keys have been used for evaluation of performance of candidates in the Examination.

3. As per the provisions of the Notice of Examination, short-listing of candidates for appearing in Paper-II has been done on the basis of normalized marks scored by the candidates in the Paper-I. Candidates have been shortlisted in Paper-I by applying tentative vacancies to candidates’ ratio of 1:15. Further, following minimum cut-off has been applied on the normalized scores of Paper-I: UR/ EWS-30%, OBC25%, Others-20%.

4. The vacancies for Multi Tasking (Non-Technical) Staff Examination, 2019 have been received in two age groups i.e. (i) 18 to 25 years and (ii) 18 to 27 years. Therefore, in consonance with Para-17.8 of the Notice of Examination, separate age group-wise, State/ UT-wise and category-wise cut-offs have been fixed in Paper-I also. The candidates who are eligible for both the age-groups have been first considered in the age-group of 18-25 years. Further, as per the provision contained in Para-16.3 of the Notice of Examination, candidates have been shortlisted against the vacancies of only those States/ UTs for which they have given their preference in the online Application Form.

Merit list of qualified candidates will be released along with the result. Candidates appeared for Tier 1 examination can check their result from the official website of SSC, ssc.nic.in. The competitors who cleared the examination with requisite cutoff marks will be moved to the next round, Tier 2 examination. Candidates can download SSC MTS Tier I merit list 2019 at the time of result announcement.

Multi Tasking (Non-Technical) Staff Examination 2019 – List of candidates of all Regions other than Central and Northern Regions in Roll Number order in the age-group of 18-25 years, provisionally qualified for appearing in Paper-II (List-3) – Available Now

Candidates have to qualify the MTS Tier I examination to get shortlisted for the Tier-II examination. SSC MTS Cutoff marks will be announced based on various factors such as a total number of posts, level of competition, and various other details. SSC MTS Cutoff marks category-wise, section-wise will be released by the organization. Aspirants have to clear the examination with requisite cutoff marks/qualifying marks to get selected for the next selection process.

Category-wise breakups of candidates provisionally shortlisted on the basis of their performance in the Paper-I for appearing in Paper-II are as follows:

i. Candidates qualifying against vacancies in the age-group of 18-25 years:

ii. Candidates qualifying against vacancies in the age-group of 18-27 years:

Category-wise and State/ UT wise cut-off details and number of candidates shortlisted for appearing in Paper-II are as follows:

Candidatures of the following 12 (Twelve) candidates stand cancelled for the examinations of the Commission and therefore, results of these candidates have not been declared:-

In cases where more than one candidate secured the equal aggregate marks, the tie has been resolved by applying the following methods one after another in the given sequence:-

i. Date of birth i.e. the candidate older in age gets preference.

ii. Alphabetical order of the names.