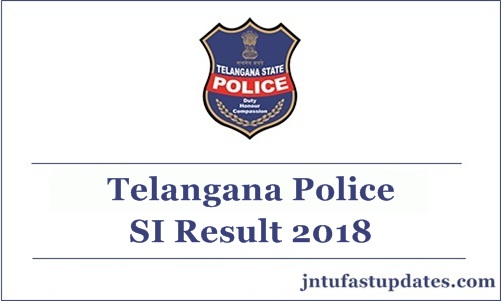 Telangana State Level Police Recruitment Board had issued a Notification on 31-05-2018 for direct recruitment of 1217 vacancies of SCT SI Civil and / or equivalent Posts. 1,88,715 Candidates have registered for the said Recruitment and after de-duplication of Applications, total
Candidates appearing for Preliminary Written Test was 1,88,482.

This test was conducted in 339 Examination Centres, in Hyderabad and District Headquarters towns of the erstwhile districts in Telangana. 1,78,010 Candidates has been attended for preliminary test conducted on sunday.

Telangana State Level Police Recruitment Board (TSLPRB) has announced the notification for 1272 Sub-inspector posts recently. The department has released the notification on 31st May. TS Police SI application process was started from 9th June and lasted till 30th June. A large number of candidates wishing to become police SI in the Telangana state have applied for the announced posts during application dates. The TS Police Department is going to shortlist the aspirants by conducting the few tests such as physical eligibility test, physical standards test, written test (Preliminary and Mains), and interview rounds. Candidates clearing all these rounds will be essentially taken into consideration for appointment. The Telangana Police Department has conducted the written test round in the months of August/September. Hopefuls competed for the examination can check the results, cutoff marks, and merit list shortly.

The competitors who have come across the test have to initially qualify the written test round to shortlist for the further rounds of selection process. physical ability tests which include physical measurement test will be conducted for the aspirants qualified the written test round. Candidates who qualify the endurance test and physical efficiency test, various reservations rules of the authority will finally get the chance to work as Sub-inspector of police in the state of Telangana. Official ts Police sub inspector cutoff marks released at the time of results announcement.

In the ongoing process of Recruitment, Provisional Selection to all the Posts of SCT SI and / or Equivalent, SCT SI ITC and SCT ASI FPB has been completed based on (a) the Academic Qualifications / Reservation / Age-Relaxation / Horizontal Reservation / Any Other Claimed Benefit/s that have been primarily verified during the Certificate Verification conducted at 17 Verification Centres during 3rd -4 th Weeks of June and (b) Performance of the respective Qualifying Candidates in the Physical Efficiency Test and Final Written Examination and all Candidates who have been provisionally selected for various Posts are being informed the details of their Selection in their respective login areas on the TSLPRB Website: www.tslprb.in.

Declaration of the Results of Final Written Examinations

In the ongoing process of Recruitment, the Final Written Examinations (FWEs) have been conducted during April-May 2019 and the concise particulars of these FWEs are given below –

Details of Attendance and Performance of the Candidates in each of the 7 FWEs mentioned above, wherever relevant, are being hosted in the respective login areas of the Candidates from 26th May 2019 forenoon onwards. Final Keys of all the OMR Based (Objective Type) Tests will be made available on TSLPRB website: www.tslprb.in on 27th May 2019. On the same day, Scanned Copies of Individual OMR Sheets of all the pertinent OMR Based (Objective Type) Tests taken by each Candidate will be made available in the respective login areas. Candidates can access the Scanned Copies of OMRs by logging into their respective user accounts on the TSLPRB website: www.tslprb.in . Candidates facing any inconvenience in this regard may send an e-mail to support@tslprb.in (from the e-mail address registered in the Application) or contact us on 93937 11110 or 93910 05006.