A huge number of applicants who have already applied for the announced posts have given the Telangana JLM and JPO written test in allotted examination centers. As per reports, more than 60 thousand aspirants have competed for the TS Jr. Lineman posts. All the hopefuls have attempted the examination. The TSSPDCL has already released the answer keys for the 15th December examination for the availability of aspirants. The aspirants who have appeared for the test have calculated their probable score by comparing the answer key. The aspirants are eager to check the result. Candidates clashed for JLM posts can download TSSPDCL Jr Lineman result 2019 shortly from the official website, tssouthernpower.com. How to download TSSPDCL JLM Result 2019? When will the TSSPDCL JLM Result release? What are the TSSPDCL JLM Cutoff marks 2019? And other information is clearly mentioned in this article. 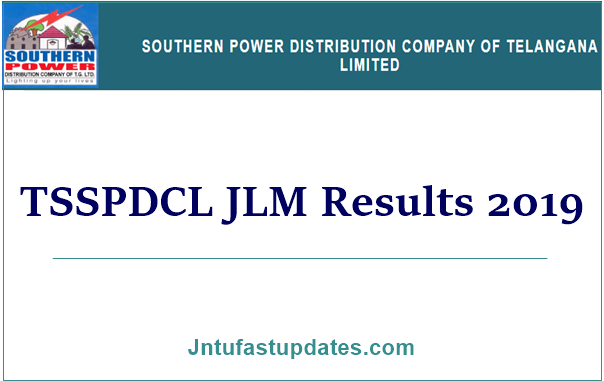 Telangana State Southern Power Distribution Company Limited (TSSPDCL) is the state government power supply board that offers various services for many of the areas in Telangana. The board hires suitable candidates into various posts based on the requirement. Recently, TSSPDCL announced the recruitment notification for 2500 Junior Linemen (JLM) and Junior Personnel Officer (JPO) posts. The organization accepted applications from 22nd October to 11th November. A large number of candidates seeking to apply for TSSPDCL JLM posts have applied for the announced posts during the application dates. The selection of candidates will be done through Pole Climbing, Meter reading, Cycling tests & Certificates Verification rounds. Candidate whoever shortlist in the selection process will be appointed as Lineman in TSSPDCL in Telangana with a good pay scale and other allowances as per norms.

All the candidates who have appeared for the JLM written test on 15th December can Download TSSPDCL JLM Results 2019 from the official portal, tssouthernpower.com. The Result is expected to release within 3-4 weeks after the examination (tentatively). The TS Southern Power is anticipated to release the result in January 2020 [tentatively]. Hence candidates who have appeared for the test can wait until the organization announces the result date. Keep checking the TSSPDCL official portal to download the result.

Candidates have to acquire minimum cutoff marks as specified by the TSSPDCL to shortlist for the next round, personal interview. The TSSPDCL is going to release the list of qualified aspirant’s names in TSSPDCL JLM merit list 2019. Aspirants can keep checking through the TSSPDCL Official website, Tnspdcl.cgg.gov.in to download the result, cutoff marks, and merit list.