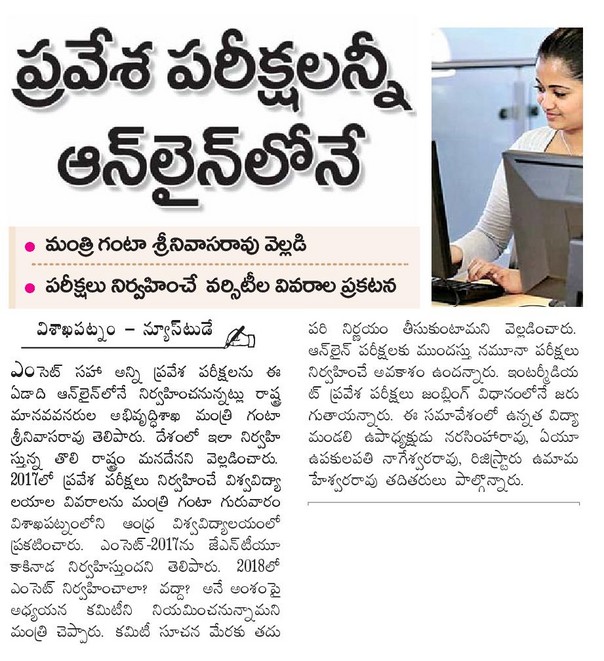 For the first time in India, all the common entrance examinations (CETs) Will go online in Andhra Pradesh in 2017. HRD minister Ganta Srinivasa Rao announced the names of the Varsities, which conduct these entrance examinations in 2017, on Thursday in Visakhapatnam. Speaking On this occasion, Mr. Srinivasa Rao said that they earlier formed a committee and studied their report before going the online Way.

“Now, We have been exploring Various options as What to do With EAMCET 2018 as the medicine aspirants have been taking the NEET and thousands of engineering seats Were remaining vacant. We Will soon constitute a commit. tee to receive recommendations from the committee.

In this backdrop, several options such as giving engineering admissions based on intermediate marks, going With a national-level eligibility test or increasing Weight-age to intermediate marks in EAMCET-2018 Were discussed. We thought of conducting all the CETS Online in 2016 itself, but couldn’t proceed with it due to lack of sufficient time and other issues,” said Mr. Srinivasa Rao. 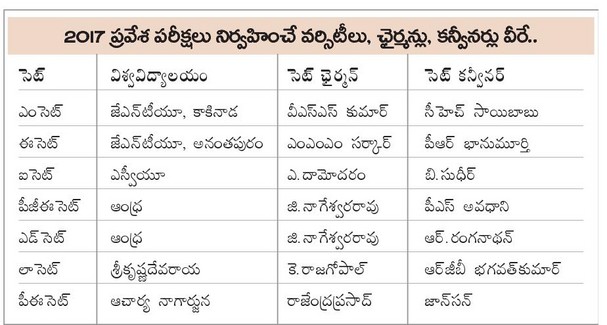 When asked about the ongoing row over cancellation of Telugu medium in Municipal schools across the state, he said that he will discuss it with Urban Development Minister P. Narayana after the latter arrives from Delhi. “Instead of cancelling Telugu medium, it’s better to continue both mediums,” he added.