In the said Notification against Para-2(A) the following is substituted (i.e., Distribution of vacancies for the Post Code Nos.21 & 22, in the following Units. 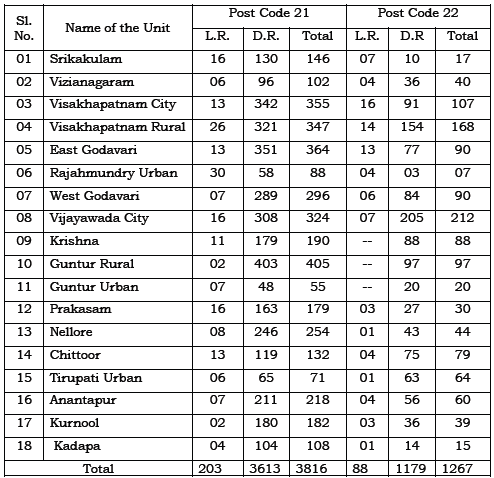