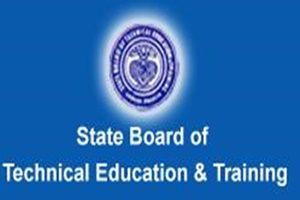 Based on the Recommendations given by subject experts in the workshop conducted on 15-06-2018 at Sbtet, AP, the following clarifications are here by informed to all.

2) Regarding additional subjects required to pass, the instructions given in reference (1) above are to be followed.

3) Regarding exempted subjects the instructions given in reference (2) above are to be followed.

Also, in this regard the following items enclosed here with are communicated for strict compliance.

Annexure I: Guidelines to be followed by the re-admitted candidates from C-14 Scheme into C-16 Scheme

Annexure II: Undertaking to be obtained from the candidates seeking re-admission from C-14 scheme into C-16 Scheme

The Principals of all Polytechnics are therefore informed to follow the above guidelines strictly and also inform the above to all staff and students concerned.

1. Any student who seeks readmission from C-14 scheme to C-16 scheme has to complete the diploma within double the duration of the course from the date of his/her first admission; otherwise the candidate forfeits the diploma. An undertaking is to be given by such candidates to the said effect

3. The readmitted candidate has to give an undertaking stating that he/she will abide by the rules and regulations framed under C-16 scheme only.

4. If a candidate in 1st year C-14 scheme is detained and given permission for re- admission he will be admitted into I year C-16 scheme

5. A candidate who seeks readmission from C-14 scheme to C-16 scheme has to complete all the backlog subjects of previous C-14 scheme years/semesters (prior to the semester of re-admission) in C-14 scheme only.

6. In promotion rule to appear for 4th,5th or 6th / 7th semester examination, additional subjects are not counted for the calculation of number of backlog subjects condition.

7. Exemption will be given for the subjects, which he/she has already studied in C-14 scheme as identified by subject experts.

8. A C-14 scheme candidate can be readmitted in to the respective semesters i.e 3rd, 4th ,5th and 6th/7th semester, under C-16 scheme, where the candidate is discontinued/ detained.

It is hereby informed that the additional subjects to be appeared by C-14 students readmitted into C-16- III, IV, V, VI and VII Semesters of all Diploma Courses are NIL.

It is hereby informed that the subjects exempted for students readmitted into C-16 III, IV, V, VI & VII semesters from C-14 scheme are decided by Concerned Heads of Sections appointed as committee members and are herewith communicated to all the Polytechnics.

The Principals of all the polytechnics and Engineering colleges offering 2nd shift polytechnics are requested to communicate the same to the concerned staff and students and note that the students readmitted from C-14 to C-16 need not appear for the examination in the exempted subjects.