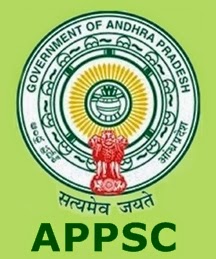 After consider the above, the following are the list of candidates Register Numbers revised and selected provisionally for Executive post under Group-II Services (General Recruitment) Notification No. 10/99, as per decision of Hon’ble Supreme Court in Civil Appeal No. 5099/06 are kept at Part – 4.

The list of Non- Executive posts will be displayed within a week.

1. Non joining and unfilled posts which are carried forward to subsequent Recruitments are not included as they are not vacant.

2. The candidates who did not join in earlier spells due to which posts were carried forward to subsequent Recruitments are not considered because this is not a fresh recruitment.

3. Death cases are excluded as per information made available to the Commission.

4. If any case of dismissal due to miss-conduct or ACB action, the names would be excluded at the time of verification by the Unit Officer.

6. Candidates who joined and resigned later on or left the service would not be considered because there is no vacancy in their case and the post is not pertaining to Notn No. 10/99. If any such names that the same would be excluded by Unit Officer during verification.

The candidates may click on the required Parts to download the revised provisional selection list of Group-II Services, Notification No.10/1999. The selection for Non-executive posts (Part – 5 of the present list) would be published soon. Out of 931 Executive posts, 927 are filled at this juncture.