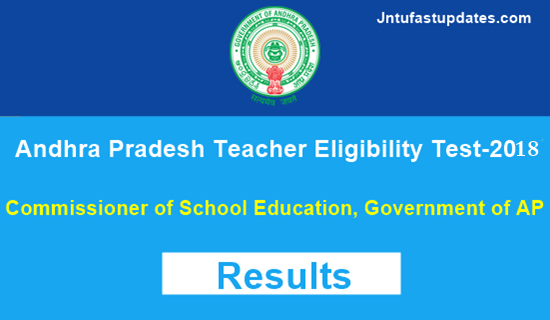 Recently CSE AP has issued an official notification for DSC Teacher posts for Primary and Secondary Teacher positions. Candidates need to qualify in TET examination to get the job as a primary and secondary school teacher in the state of Andhra Pradesh. The aspirants applied for Andhra Pradesh TET examination has appeared for the examination in allotted examination centers. APTET Paper 1 has been conducted in morning session and APTET Paper 2 has been conducted in afternoon session. Aspirants appeared for the APTET results 2018 can wait until the result date is announced by the CSE AP. Tentatively, the APTET result 2018 for Paper 1, and Paper 2 are to be release on 30th June 2018. Candidates can keep checking the APTET official website, aptet.apcfss.in.

APTET Results are Released. Please enter valid Hall Ticket No And Date Of Birth Below

The Teacher Eligibility Test (TET) has been conducted in 2 sessions from 10th to 19th june 2018. In this year 2B Paper was introduced, the following no. of candidates attended to the examination.

To this extent, 45 subject experts prepared 12,960 questions in 54 sets of question papers. Later, the School Education Department has given the schedule to collect the grievances from the candidates from 04.03.2018 to 09.03.2018 duly releasing the initial key. Out of 4,10,828 participants in the examination 19,314 grievances have been received, which arrived, and the following strategy is shown:

To take thorough check and verification of the grievances, the Director, SCERT constituted seven subject experts and it was decided on the following view (for allotting additional marks):

As such it was decided by the Committee there is only 0.60 percentage has been occurred as change.

At last the additional marks will be allotted to the candidates, If they Login & if they could not display any relevant answer, due to any technical problems, it will be considered after obtaining the comprehensive report from the APCFSS.

Candidates attempted the APTET examination must have to score the minimum cutoff marks are said to qualify the examination. The Andhra Pradesh TET will also announce the APTET Cutoff Marks 2018 along with the result. The cutoff marks will be depending on the number of posts, number of hopefuls competing, category of the candidates and various other factors. Candidates can check APTET Result, Cutoff marks, and Merit List 2018 at cse.ap.gov.in.

Steps to Download APTET 2018 Results For Paper I, IIA, IIB