Field Ammunition Depot has issued the notification for 320 various posts of Tradesman Mate & Fireman in the last quarter of 2017. Many of the aspirants desirous to get jobs in FAD have applied for the Tradesman Mate and other posts. Candidates competing to get jobs in FAD have to qualify the written test round with good score. The FAD is going to organize the written test for all applicants as per the scheduled date. This examination is going to be conducted in many places in India. Candidates attempting the Field Ammunition Depot Tradesman written test will have to download FAD Tradesman admit card 2018 to continue with the examination. The FAD Tradesman admit card will be released on joinindianarmy.nic.in or from indianarmy.nic.in. Candidates can check more details of FAD Tradesman/fireman admit card from the following article. Students can Download 39 FAD Admit Card & 27 FD admit cards, 36 FAD hall Tickets for MTS, LDC, Trdesman mate Posts from below. 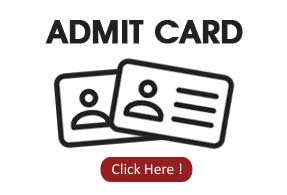 Recruitment of 320 Post (39 FAD) of Tradesman Mate & Fireman Under the Field Ammunition Depot has been released by Indian Army in 2017. Many of the interested aspirants seeking to join the Indian Army have applied for the announced posts. The application process was continued till 7th August 2017. The Indian Army has received thousands of applications for the announced posts. The Indian Army is going to shortlist the candidates by conducting various tests. Initially, applicants have to qualify the written test round. Candidates will be promoted to the further rounds on the basis of score and merit obtained in the examination.

Sections In the Written Test