Almost all the applicants have taken part in the written test round, as per the update from the organization. All the competitors can check HP Patwari Answer Key 2019 from the Revenue Department’s official website, Himachal.nic.in to verify the answers from it. The conducting authority released HP Patwari Answer Sheet 2019 for the 17th November examination for all sets A, B, C, D. Aspirants can download the attempted set to estimate the score they are going to get in the examination. Estimate the right and wrong answers attempted in the test, approximate score you are going to get in the exam, and various other aspects by downloading the answer key. Aspirants will have to wait for a few more days to download HP Patwari Result 2019. Soon, the result date will be announced by the Revenue Department of Himachal Pradesh. Competitors can keep checking the official portal for more updates. 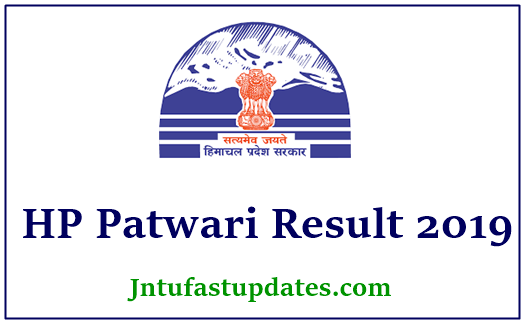 Himachal Pradesh Department of Revenue is the state government organization that releases various notifications every year. The organization recently announced a recruitment notification for 1194 Patwari posts. A large number of aspirants have applied for HP Patwari posts this year. The Revenue Department of Himachal Pradesh has accepted applications from 10th September to 30th September 2019. The department received a large number of applications this year. Candidates will be shortlisted for Patwari posts through the Combined Screening Test. Selected aspirants will get placed in Patwari posts with a good pay scale.

Hopefuls competed for the HP Patwari written test on 17th November can check the results from the HP Revenue Department’s official website, Himachal.nic.in. The result is tentative to release in December [tentatively]. Usually, within 3 to 4 weeks after conducting the test, the department will release the results. Hence the competitors can stay checking the official portal to check more updates about the HP Patwari result.

Himachal Pradesh Revenue Department is going to release the cutoff marks and merit list for the HP Patwari written test round along with the result declaration. The cutoff marks will be released based on various factors such as the number of posts, level of competition, the difficulty level of the examination, and various other details concerned with the recruitment. Aspirants can check the cutoff marks category-wise [for general, BC, SC, ST, and others] will be unveiled by the organization. Competitors have to score the minimum qualifying marks as announced by the organization to clear the written test round. Candidates qualifying the Patwari written test round with good merit will be shortlisted for the next round. HP Patwari merit list will be released with the qualified candidate’s names. Competitors can expect HP Patwari result, cutoff marks, and merit list in December [approximately]. Visit the HP Revenue Department website, Himachal.nic.in to check the updates regarding result, cutoff marks, and merit list.