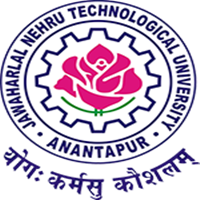 A maximum of 0.15% of total marks allotted to all the theory subjects in the program may be adjusted from the theory subjects passed in final year and/ or from project work, and added to the maximum of two failed subjects , if the status of those two subjects changes from fail to pass otherwise the previous status remains the same.

The Principals of all affiliated colleges / constituent college (JNTUA CEK) are requested to bring the same to the notice of the concerned.