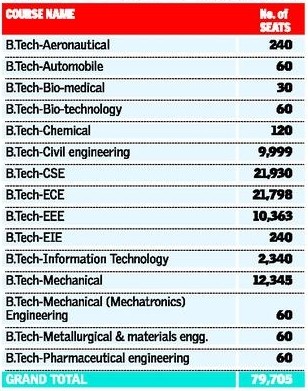 This year 1.44 lakh students have qualified in the state of Telangana, Out of them 63,777 were made certification. They are eligible to fill the web options.

Affiliation Notification for Osmania and Kakatiya Universities is going to be released on today, 04th July. In both the universities, there are 14 thousand seats available on aggregate and in which 10 thousand seats will be sanctioned by the Government. With this, there is a chance for overall 90 Thousand Engineering seats this year.