Karnataka PWD AE JE Result 2019: Public Works Department Karnataka (Karnataka PWD) conducted the Assistant Engineer and Junior Engineer written test on 22nd, 23rd, and 24th June respectively. A large number of aspirants who have applied for the AE and JE posts have attempted the examination as per the allotted schedule. Almost all the applicants have attended the examination.

Karnataka PWD conducted the AE, JE examination in various places across the state. All the aspirants competed for AE and JE examination can check the answer key from the official website, kpwd.gov.in or kpwd.co.in. The answer key is available for all the tests and all the sets. Candidates can download the answer sheet for corresponding examination and corresponding set to estimate the score. Candidates waiting for the result can keep checking the Karnataka PWD official website to know the result date. As per the update, Karnataka PWD will soon be going to announce the result date. 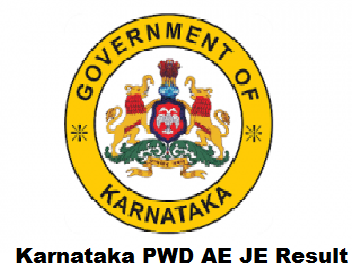 Public Works Department Karnataka (Karnataka PWD) is the state government organization that deals with various public sector related works. This organization releases various recruitment notifications every year based on the requirement. Recently, KPWD released the notification for 870 assistant engineer and junior engineer posts. Candidates having suitable eligibility criteria have applied for the announced posts during the application dates. The organization received thousands of applications from eligible and interested aspirants during the application dates. The selection process will be done through the written test and interview rounds. Candidates qualifying the selection process will be taken into consideration for appointment in the announced posts.

Karnataka PSC is going to announce the Assistant Engineer and Jr. Engineer results in September [tentatively]. Soon, the organization will announce KPWD AE/JE Result date on its official website, kpwd.gov.in. Candidates competed for the AE and JE examinations in June can stay checking the KPWD portal for latest updates. Along with the result declaration, KPWD will also announce the mains examination and interview dates.

Qualifying marks are the minimum marks that must be scored by the candidates. Candidates scoring the minimum cutoff marks in the written test round will be shortlisted for the next round. The organization defines cutoff marks/qualifying marks of Karnataka PWD AE JE examination by scrutinizing various aspects such as the number of available posts, the number of competitors applied for the posts, the difficulty level of the test, and various other aspects. Candidates have to score the specified marks to clear the examination round. KPWD AE Civil Category-wise cutoff marks will be announced for General, BC, SC, ST, and other categories. Contenders have to score the category-wise qualifying marks to clear the written test and to get forward for the next rounds of the selection process.

Karnataka PWD will release AE, JE qualifying candidate’s list on its official website, kpwd.gov.in. Candidates whoever qualify the written test round with good merit will be listed in the merit list. Possible, the KPWD will release Karnataka AE JE merit list on its official website, kpwd.gov.in along with the results. Soon, the result and merit list information will be revealed by the organization.