Karnataka State Police (KSP) has accepted the Constable applications from 28th February to 9th april 2018. Thousands of interested aspirants seeking to become the Police Constable have applied for the announced vacancies. As the department is going to shortlist the candidates based on their performance in written test, endurance test, and physical standards test rounds, candidates applied for the announced posts can get ready to face all these rounds. The Karnataka Police Department is going to organize the Constable written test as per scheduled dates. Candidates applied for KSP Police jobs can download KSP Police Constable hall ticket before 10 days of the examination. Aspirants can download the admit cards from KSP official website, ksp.gov.in. applicants can download the admit card and check the details of their examination center and date and time of the examination from it. 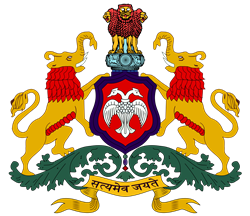 KSP Police Constable Admit Card 2018 :Karnataka State Police Department works for safety and security of the Karnataka state. The department has established in the year of 1965 and it works to protect the law and order in the state. The department annually offers employment for the suitable aspirants in various posts. KSP hires the suitable persons by conducting various rounds of tests such as written test, endurance test, and physical standards test rounds. Candidates need to qualify in all these tests to get the final posting. This year the KSP has advertised 419 constable posts. Candidates desirous to become a constable in the state have applied for the announced posts during the application dates. The department is soon going to organize the examination for applied candidates. Hence aspirants can download Karnataka Police Constable admit card 2018 to proceed with the examination. Candidates will not be allowed to appear for the examination without carrying the admit cards. Strictly, the hall tickets of the examinees will be observed by the examination officers. Hence all the competitors are instructed to download admit card/call letter before 10 days to the examination and preserve it safe to carry to the examination. Check more details of how to download the admit card, and other details from here.

Once check the details of examination venue, date and time of the examination details from the admit card after downloading it. Also, check the details of name, date of birth, register/hall ticket number, father’s/mother’s name, signature, photograph and other details printed on it. Contact the KSP authorities for any help required for spelling corrections or any other issues regarding the exam. While one thing the aspirants must remember is to carry the hall ticket without forgetting when appearing for the examination. Check the downloading steps from below and follow the same procedure easily download the admit card.