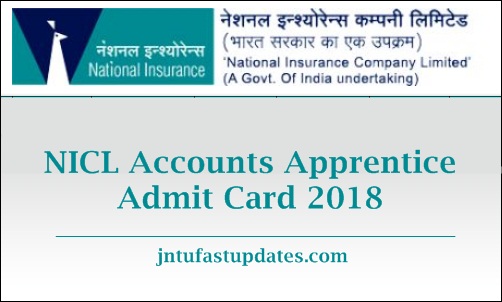 National Insurance Company Limited (NICL) is the national level organization; the organization has recently released the official notification for 150 posts. Many of the candidates seeking to get the accounts apprentice posts from 10th November to 27th November 2018. Many of the candidates have applied for the announced posts during the application dates. The NICL received more than 2 lakh applications for the accounts apprentice posts. The organization is going to shortlist the candidates based on their performance in written test and interview rounds. Candidates scoring the good merit in the selection rounds will be appointed in announced posts.

The hall ticket will contain the information of,

Download and check the hall ticket clearly for more information. Candidates have to carry the admit card/hall ticket without fail to the examination. Carry any of the valid identity proof Xerox copy such as,