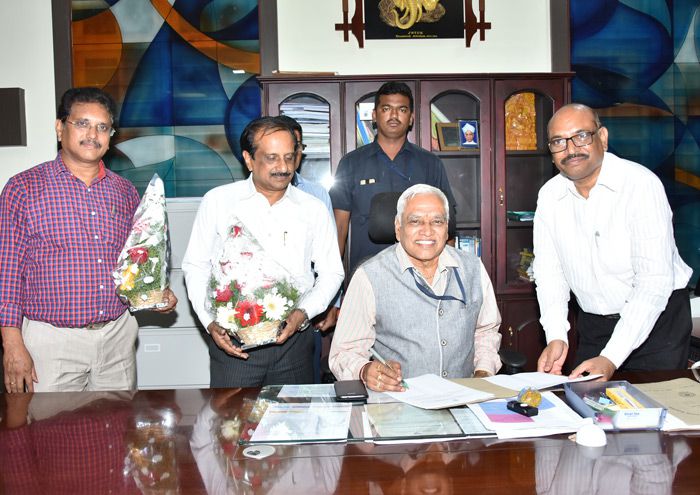 JNTUK – Prof. S. Ramakrishna Rao, Vice-Chancellor, Krishna University, Machilipatnam has assumed charge as In-charge Vice-Chancellor of JNTUK, Kakinada on the AN of 09.04.2018 – Reg

He worked in the field of Marine ecology under the guidance of Prof. Kona Hanumantha Rao and got his doctorate in Zoology. He did his Post-doctoral programme in Institute for Coastal and Offshore-Research on “environmental influence on coastal fishing” under the guidance of Prof. R.V.Rama Rao and Prof. R.Madhavi. He was also groomed by Prof. T. Shivaji Rao, an Eminent environmentalist.

Prof. Sunkari is a linguist, with proficiency in French, German and Russian. His doctoral thesis on Environmental Studies is considered a benchmark study. He has 125 publications –National, International and seminar papers – to his credit. He has guided fifteen research scholars for their Ph.D and is consultant to many organizations like Visakhapatnam Port Trust, Hindustan Shipyard, NALCO, ONGC, VUDA, NTPC etc. 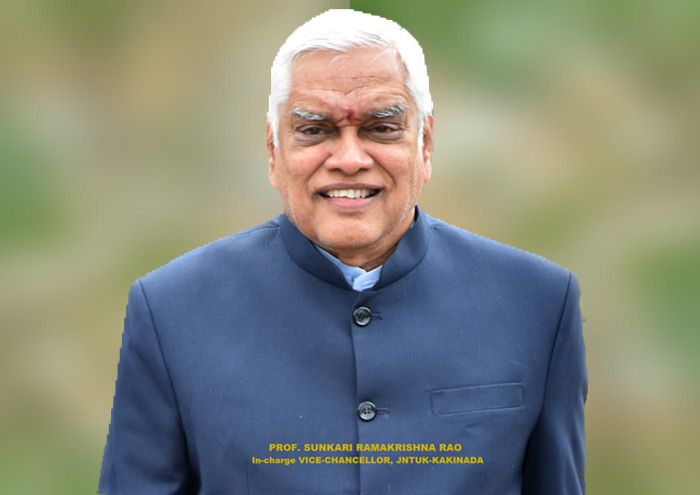 Prof. Rao started Peoples’ Environmental Protection Society, a N.G.O. and worked on various issues of Pollution causing damage to Public Health. He filed a Public Interest Litigation ( PIL ) in 1992 regarding the issue of the sewage treatment plant in the Appughar area of MVP colony, Visakhapatnam which was flouting the CZR rules1992. He also mapped the eco- sensitive zones which face high risk of air pollution in Visakhapatnam. A model study was undertaken to treat water pollution and restore the biggest fresh water Lake Kolleru of Andhra Pradesh.

Prof. Rao has delivered lectures in various institutes of repute in Canada, USA, Nepal, Bhutan, Italy and Malaysia. He is NBA Accredited Scientist in the area of Environmental Impact Assessment. Prof. Sunkari recently, received the ‘CAPITAL FOUNDATION NATIONAL AWARD’ for his contributions in the field of Environment. Prof. Sunkari Rama Krishna Rao took over as Vice-Chancellor of Krishna University, Machilipatnam in February, 2016. He set to work on the construction of infrastructure for Krishna University and started an Engineering College with Computers Science Engineering and Electronics and Communication Engineering Branches. He has endeared himself to various sections of the academic, student and local community by his demeanor, humility and devotion to the cause of Education.

A highly disciplined and principled person, his unswerving commitment to standards and values, he has left a distinctive mark on all his endeavors in the field of academics, environmental studies and administration. He was instrumental in setting up Peoples Environmental Protection Society (PEPS) and is a member of many Professional Societies. Due to his concern for society and commitment, he could establish good Industry Institute relationship resulting in many collaborative programs in consultancy, Training, CSR activities and Placements.