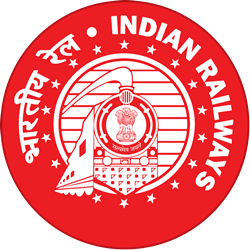 Applications are invited from eligible Male and Female candidates for filling up the posts of Constable in the Pay Band of Rs.5200-20200/- + Grade Pay Rs. 2000/- in the Railway Protection Force (RPF) including Railway Protection Special Force (RPSF). Details are given below:

Note (1) Reservation for Ex-Servicemen will be 10% of the vacancies. Further category-wise break up for SC, ST and OBC will not be done under this quota.

Note (2) 10/% of the vacancies shall be filled up by female candidates.

(a) The number of vacancies shown under various categories is provisional and may increase or decrease or even become nil depending upon the requirement of the Railway Administration.

(b)The Railway Administration reserves the right to cancel the recruitment as well as the notified vacancies at its discretion at any time and such decision shall be binding on all concerned.

(c) In the event of cancellation of the recruitment, the examination fee will not be refunded.

a) Citizenship: The applicant must be a citizen of India.

b) Education: The applicant must have passed the Matriculation or equivalent examination conducted by a recognized Board. Educational qualification obtained from institutions other than a recognized State Board or Central Board should be submitted along with the Government of India notification declaring that such educational qualification is equivalent to Matriculation/Xth Class for employment under Central Government.

ii) Upper age limit is relaxable up to 5 years for those persons who had ordinarily domiciled in the State of J&K during the period from 1st January 1980 to 31st December 1989. The applicants claiming relaxation under this category must produce a certificate to this effect from the District Magistrate within whose jurisdiction they had ordinarily resided or from any other authority designated in this behalf by the Government of J&K.

iii) Relaxation in upper age limit to the extent of defense service plus 03 years is applicable to Ex-servicemen provided break in service and re-employment should not exceed 02 years and they must have put in at least 06 months after attestation.

Physical Standards: An applicant must have the following physical standards:

METHOD OF RECRUITMENT: Recruitment will be made based on the performance of the eligible applicants in a Written Examination, Physical Efficiency Test, Physical Measurement, Viva-Voce Test, Bonus Marks, if any, obtained and Documents Verification.

A. Examination Fee: An examination fee of Rs.40 is payable in the form of a crossed Indian Postal Order or a crossed Bank draft. Cheque or Money Order will not be accepted Female applicants, applicants belonging to SC/ST category, Minorities and Economically Backward Classes and Ex-servicemen need not pay the Examination Fee.

Minorities will mean Muslims, Christians, Sikhs, Buddhists and Zorastrians (Parsis). Economically backward classes will mean the candidates whose family income is less than Rs.50000/- (rupees fifty thousand) per annum. The following authorities are authorised to issue income certificates for the purpose of identifying economically backward classes:

i) District magistrate or any other revenue officer upto the level of Tahsildar.

ii) Sitting Member of Parliament of Lok Sabha for persons of their own constituency.

iii) BPL Card or any other certificate issued by Central Government under a recognized Poverty alleviation programme or Izzat MST issued by railways.

iv) Union Minister may also recommend any person from anywhere in the country.

v) Sitting Member of Parliament of Rajya Sabha for persons of the district in which these MPs normally reside. The income certificate issued by the authorities mentioned above will have to be on the Format given in Annexure ‘E’.