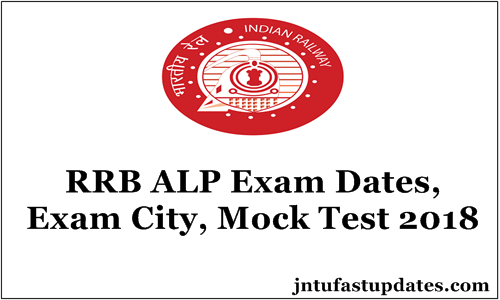 RRB is going to conduct the 1st CBT ALP examination on 9th August. Later this examination will be conducted in many examination centers across various RRB regions. RRB is going to organize the Computer Based Test (CBT) for the aspirants. Initially, candidates can give the RRB ALP mock tests to check their accuracy and knowledge about the examination. The Railway Recruitment Board has opened the mock tests from 26th July. Applicants can check more details about the RRB ALP Mock test guidelines, hall ticket availability date, and other major instructions for RRB ALP examination from this article. Hope this article gives the prominent information for the RRB ALP applicants.

RRB ALP Admit Cards will be accessible before the examination date. The RRB admit card/Hall ticket will be accessible to download from the Indian Railways official website, indianrailways.gov.in from the regional websites of the RRB. After downloading the hall ticket candidates can check the information of their name, register number, examination center, date and timings of the examination and other details on it. The RRB Admit card contains various fields such as

RRB ALP Guidelines for The Examination

Candidates going to appear for the RRB ALP written test have to carry the admit card/hall ticket along with them while going to the test. Aspirants can check the details of examination center and date, timings of the examination clearly from the admit card.

Applicants can download RRB ALP Grade III technician admit card from the RRB official portal. The hall ticket/admit card will be accessible to download from 4 days before the examination date.

RRB is going to launch the mock tests from 26th July. By signing into RRB website candidates can carry out with the ALP mock tests. With the dummy user id and password, the applicants can attend the RRB ALP mock test.

How To Navigate Between Questions

How to answer a question?

How to navigate through sections?