RRB ALP Results, Selection Candidates List 2018 (CBT 1 Exam): Railway Recruitment Board (RRB) has done with the Assistant Loco Pilot (ALP) and Technician Grade III written test in its 21 regional RRBs working across the nation. RRB Loco Pilot/Technician written test was organized on 31st August in a large number of examination centers. While the organization has recently made accessible of the ALP answer keys for the competitors. On 14th September the RRB has released the assistant loco pilot and technician answer keys for all sets A, B, C, D gave in the examination. As per the estimate released by the organization, nearly 4,00,000 candidates have competed for the RRB ALP CBT this year. All the competitors waiting to check RRB ALP results will have to wait for few days to get the update. Stay checking the official website, indianrailways.gov.in for latest updates regarding the result. 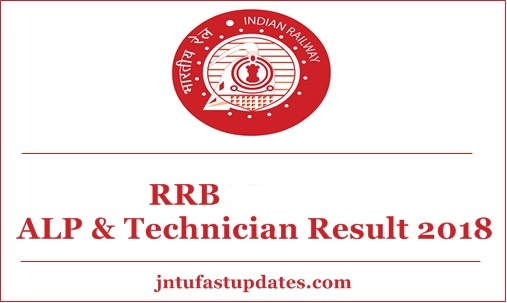 Railway Recruitment Board is the National level recruitment board that employs the suitable candidates for various posts. The RRB has recently issued the recruitment notification for 26502 ALP/Non-Technical Grade III posts. These vacancies were classified to various regions of the nation. For RRB Mumbai region, 3632 ALP posts have been advertised by the Railway Department. A huge number of aspirants seeking for the Railway jobs have applied for the RRB Loco Pilot Technician Grade III vacancies. Lakhs of aspirants have applied for the RRB Loco Pilot vacancies and Grade III Technician posts. The RRB has conducted the ALP written test in various dates in various regions. In RRB Mumbai region, the RRB has conducted the ALP written test on 31st august. Aspirants who have come across the written test can shortly check the results. More details about the RRB Mumbai result, cutoff marks, merit list was given in this article.

The Railway Recruitment Board is expected to release the ALP, Technician grade III results shortly. The RRB result 2018 is expected to be released in 3 to 4 days. Hence the aspirants are advised to stay patient and keep checking the RRB regional websites to download the results.