RRB NTPC 2nd Stage Result 2017: Students can Check Normalized marks For All Zones, cutoff marks, merit list at indianrailways.gov.in. Railway Recruitment Board (RRB) has conducted the Non Technical Popular Categories (NTPC) Stage II Examination in the month of January 2017. Nearly 3 lakh above candidates were attempted the RRB NTPC Stage II Examination 2017. All the aspirants who have gone through the RRB NTPC examination were anxious to know the results update. Candidates can soon download their results from the Indian Railways Official website, indianrailways.gov.in. Also candidates can download the results from the Regional–wise websites. Check the information related to RRB NTPC Stage 2 results, cutoff marks and merit list 2017 from the following article. 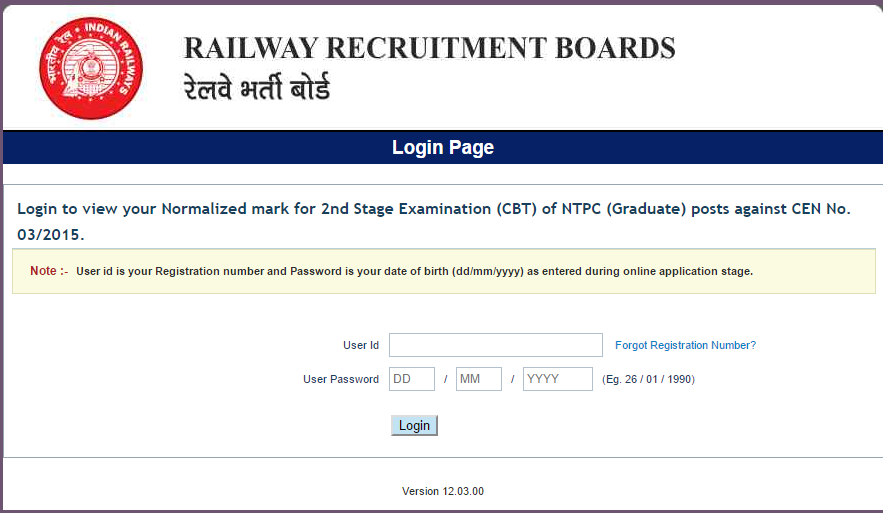 RRB NTPC 2017 Mains Results & Cutoff Marks Category wise: The Railway Recruitment Board (RRB) released the notification (CEN 03/2015) for Non Technical Popular Categories (NTPC) in the year of 2016. The RRB NTPC Vacancies include, Clerk, Master Clerk, SSE, Junior Accounts Assistant cum Typist and many other categories. Almost 50 lakh candidates from across India have applied for these posts. For all the applicants RRB has conducted the Stage 1 examination in 2016. The Stage 1 examination was attempted by 50 lakh aspirants and RRB has released the results of the stage 1 examination and shortlisted 3 lakh candidates for stage 2. Now, as per the reports it is anticipating that 20,000 candidates will be called for skill test and 50,000 candidates will be called for Aptitude test in further round of selection process.  At present the competition is curtail for each post. The RRB is going to shortlist in 1:500 Ratios. Candidates must score extreme good marks to clear the stage II Examination.

Candidates those have taken the RRB NTPC Stage 2 examination 2017 can check their results, cutoff marks shortly from the Indian Railways Official website / RRB Regional websites. The RRB is going to announce the results, cutoff marks and list of candidates those have cleared the stage II examination (merit list) at a time. The RRB is likely release NTPC Stage 2 results 2017 in the month of March 2017. Stay checking the official website to know the latest information.

View your Normalized mark for 2nd Stage Examination (CBT) of NTPC (Graduate) posts against CEN No. 03/2015: