Telangana Nirudyoga Bruthi Apply Online/Registration 2019: State Government of Telangana has introduced the nirudyoga bhruti/Unemployment scheme to support the unemployed youth of the state. TS Nirudyoga bhruti scheme will be started soon by chief minister K Chandra Sekhara Rao in the month of April 2019. To implement this scheme the cabinet has approved a sum of Rs 1,810 Cr. TS State government is implementing the nirudyoga bhruti scheme as per the election manifesto.

Telangana Chief Minister KCR announced that unemployed and eligible youth will get a sum of Rs 3,016 per month under this scheme. CM has mentioned that the nirudyoga bhruti will help as an aid to search for career opportunities and also helps to support the youth to prepare for the competitive examinations.  The Government of Telangana is presently undergoing the necessary information to implement this scheme soon. The state government is analyzing the facts such as to recognize the unemployed youth, to fix the eligibility to utilize this scheme, and various other grounds. Shortly, the details will be revealed by the TS state government. 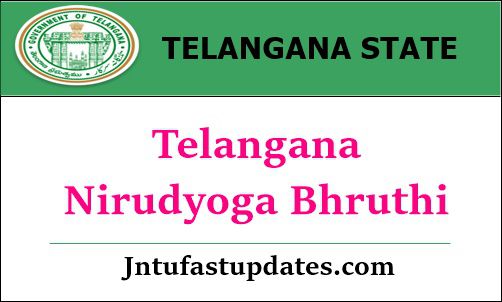 The Telangana state government is not having accurate records about the unemployed youth. The unemployed people reports vary from department to department. As per the reports from Telangana State Public Service Commission, approximately, 28 lakh unemployed youth residing in the state. TSPSC has revealed this number as per the application forms received for the TSPSC jobs. As per the reports from the Labour Department, approximately 9 lakh candidates have registered with the unemployment scheme and updating their records on a regular basis. While the total number of candidates will be 15 lakh as per the labor department including the people having the employment card and not doing the renewal. And approximately 1 lakh aspirants have registered with National employment service center under central labor department.

Once after the eligibility criteria to get the unemployment aid has been decided, the government will get an estimation about the number of people who can avail this scheme. If the number of unemployed youth is more than the estimated, the budget funds have to be raised accordingly. 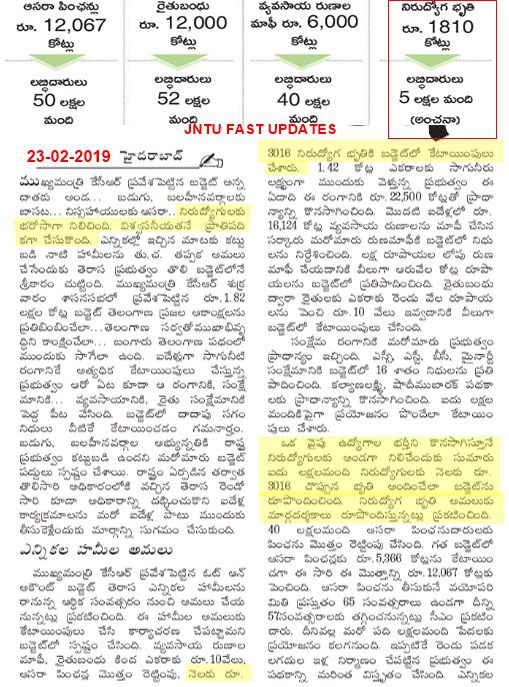 Candidates applying for the Nirudhoga Bhruti scheme in Telangana must have to attach the following scanned copies of documents along with the application form.

Note: The unemployed youth of Telangana state can stay checking this page to check more updates regarding the TS Nirudyoga Bhruti scheme. The TS state government will soon update the complete information regarding the eligibility and application details.