After conducting the West Bengal Excise Constable answer key 2019 PDF has been released by the organization. Competitors who have come across the exam can download WB Excise Constable answer key 2019 for A, B, C, and D. Download and Compare the answers with the relevant set attempted in the examination. The West Bengal Police Recruitment Board is soon going to announce the result date. Competitors who had appeared for the WB Excise Police Constable written test can check the updates from the official website, wbpolice.gov.in. Along with the result, the department is going to announce the cutoff marks and merit list. 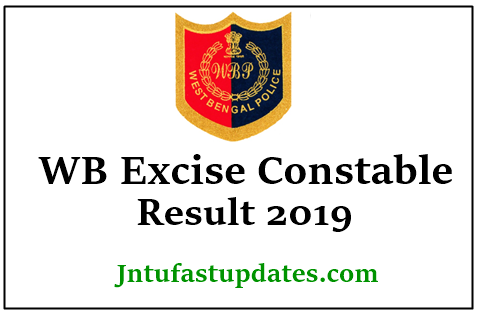 West Bengal Police Recruitment Board is the authoritative department to handle the police department recruitments. The organization releases various job notifications to hire police personnel in various designations. WBPRB recently announced 3000 excise constable posts and accepted applications from 11th March to 10th April 2019. A large number of aspirants seeking to apply for police department jobs in West Bengal have applied for the excise constable posts. The organization received lakhs of applications from eligible and interested aspirants. WBPRB shortlists the candidates based on their performance in written test round, physical eligibility test, physical standards test, medical examination, and document verification rounds. Selected candidates will get a good pay scale as per norms.

West Bengal Police Department is going to declare Excise Police Constable written test results within 3 to 4 weeks after the examination. Most probably, the result is anticipated to release in December [tentatively]. Soon, the West Bengal Police Department will announce the excise constable result release date on its website, wbpolice.gov.in. Aspirants competed for the test can keep visiting the portal frequently to check the result date.

The WB Police Department is going to announce the cutoff marks/qualifying marks of the written test round based on various factors such as the number of posts announced by the department, the competitors competing for the announced posts, and other issues. West Bengal Police Department is going to release the cutoff marks and merit list for the West Bengal Excise Constable written test round. Aspirants can check the cutoff marks category-wise [For General, BC, SC, ST, and other Categories] will be unveiled by the organization. Candidates qualifying the PET round with good merit will be shortlisted for the next round. WB Excise Constable merit list will be released with the qualified candidate’s names. Competitors can expect West Bengal Excise Constable result, cutoff marks, and merit list in December.

Below Cutoff Marks is Expected only and Official Cutoff Marks will be released at the time of announcement of result.