The UPPRB board has announced the notification for 3638 constable posts this year. For these large number of posts, candidates have applied in large numbers. As per the reports, almost all the candidates have competed for the written test round. Candidates competed for the test can assess their probable score by comparing with the answers with the official answer key. By doing this, candidates can estimate the probable score and future withstand in the competition. 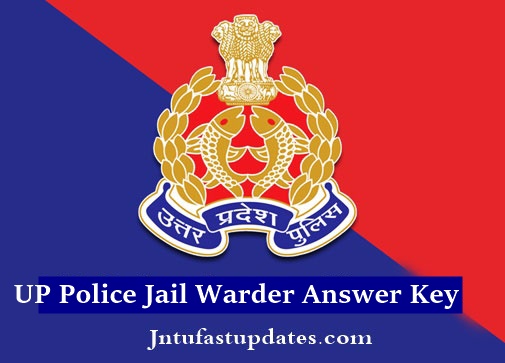 Uttar Pradesh Police Recruitment and Promotion Board (UPPRPB) is the state level police department that looks at the safety and security issues in the state of UP. The organization annually announces various notifications depending on the requirement. Candidates seeking to get police jobs can keep visiting the UPPRPB official website on a frequent basis to check the latest notifications. This year, the UPPRPB has opened a large number of police constable vacancies. The UPPRPB has released recruitment notification for 3638 police Jail warder posts in the month of June. A large number of aspirants have applied for the UP Police constable posts, as per the organization reveals. The candidate selection will be based on various tests physical eligibility test, physical standards test, written test, and GD/Interview rounds. Candidates who qualify each round will be finally given the opportunity to work as the police constable. The UPPRPB has organized the written test on 19th to 20th december for the applicants. The examination was held in a large number of examination centers across the UP State.

UP Police Jail warder exam is being conducted to recruit candidates under Reserve Citizen Police and Reserved Regional Armed Constabulary. The Board had announced 3638 vacancies.

The UP police Jail warder Written Exam held on 19th, 20th december, will be issued UP Police Jail warder Preliminary Answer Key and Paper Solutions. The day on which the examination will take On the same day evening Expected UP Police Jail warder Answer Key Issued by (Parakh Coaching, Major Kalshi, Paramount Coaching, Sulekha, Target Classes). Visit official website upprpb.gov.in to download the answer key of UP Police Constable examination, which has been organized on 19th, 20th december respectively. The answer sheet/Question paper solutions will be accessible within 3-4 days after the examination (approximately). Hence aspirants can keep checking the official portal to download the answer key. The PDF file contains all sets A, B, C, D. After downloading the answer key, compared with the actual answers with your options to derive the score in the examination. By assessing the score, candidates can have the mere idea about their further rounds of selection process. Keep visiting the UP Police Department official website to check the latest updates such as document verification dates, etc details. Unofficial keys will be released by coaching institutes today. stay tuned here to get latest updates.

UP Police Jail warder 2020 official Answer keys are Released. Download from below.

How to Download UP Police Jail warder Answer Sheet 2020

Yes, official Keys are Released. Download from Above Links

What is the Marking system for UP Police Jail Warder Exam?

The exam will be of 300 marks in total with 150 questions. Each question will carry +2 marks each and No Information about negative marking as of now.

What is UP Police Jail Warder Cutoff Marks 2020?

How to Download UP Police Jail warder Answer key for SET A B C D ?

We will update Unofficial and official answer keys direct links in the above post. check frequently to get latest updates